Learn more
Size750mL Proof101.8 (50.9% ABV)
Aged for 11 years, this highly anticipated Batch #2 is only available in very limited quantities.
Notify me when this product is back in stock. 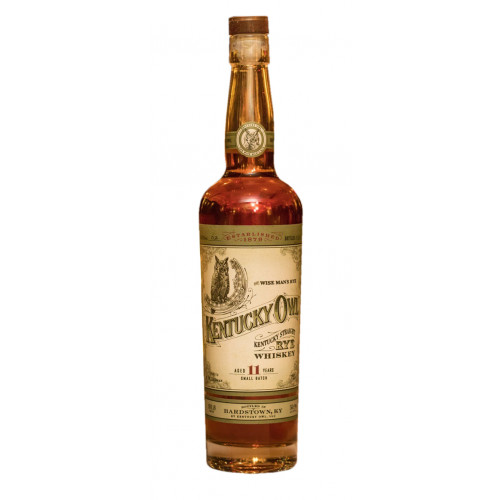 Bottled at a lower ABV than its predecessor, this highly anticipated second batch of Kentucky Owl Straight Rye is aged 11 years. Expect delicious notes of fresh baked warm cinnamon rolls on the nose followed by honey and cinnamon. The palate is sweet with strawberry jam, and further cinnamon notes mixed with brown sugar, followed by a honeyed finish.

Notes of honey, cinnamon and warm cinnamon rolls on the nose, followed by strawberry jam, rich sweetness and baking spices. Initial flavors of sweet cinnamon disc candy mix with brown sugar syrup on the palate. On the finish are notes of honey with a lingering red pepper spice.