This product is available in: DC, TX, WA Unfortunately, we can't ship to PO Boxes and APO addresses.

Size750mL Proof97 (48.5% ABV)
Considered one of the most unique rye whiskeys on the market, High Plains Rye features five different whiskeys that offer a flavor profile unlike anything else. The result is a sophisticated and complex taste experience due to the unique recipe of each straight whiskey used in this blend.
Notify me when this product is back in stock.

This product is available in: DC, TX, WA Unfortunately, we can't ship to PO Boxes and APO addresses. 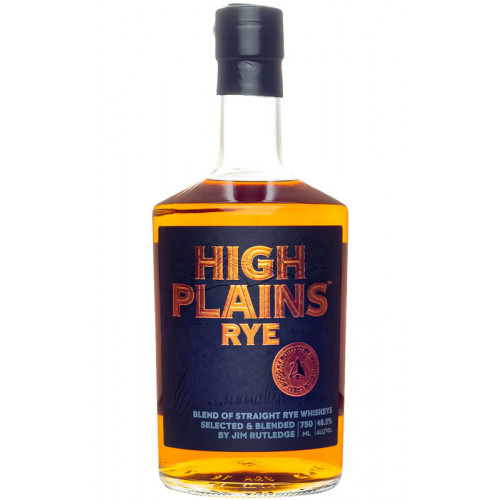 The five different whiskeys featured in this expression come from four different states and have their own unique recipe, varying from 51% rye grain to 100% rye. This combination creates a very distinct profile that results in a 48.5 ABV.

A little sweet, a little spicy, and everything you could ask for in a sipping whiskey.

The mellowness of the whiskey's four years is evident on its nose, with light spicy notes—of allspice, nutmeg, and white pepper—evident after hints of cinnamon linger. Brown sugar and butterscotch round out this quick and gentle finish.