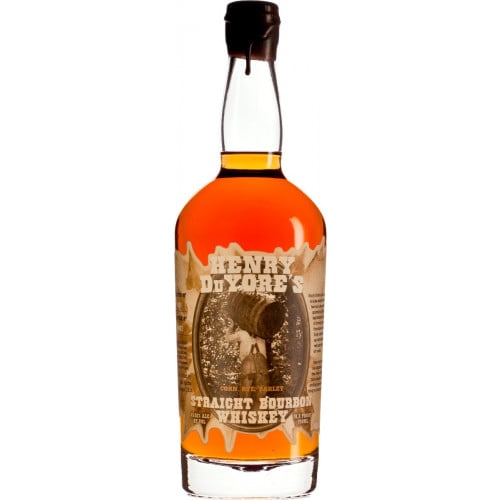 Perched in the hills of Northwest Oregon, Ransom Distillery sits on a forty acre farm just outside Sheridan and is surrounded by grapevines and barley plants. The distillery, named after the funds it took to get it open, is owned and operated by Tad Seestedt. "I had always wanted to start my own business," Seestedt says, "and I thought that Ransom was an appropriate name in that its definition is buying your freedom or independence with money. The money I had to borrow from the bank to start the business was my Ransom."

Ransom Spirits' Henry DuYore's Straight Bourbon Whiskey is made from a mash of approximately 56% corn, 31% rye and 13% barley. After the grains are milled, mashed and fermented, the wash is distilled in small batches inside a 300-gallon Pruehlo Cognac copper pot still. The still's unique shape and size allows the bourbon to retain deeper aromas and more texture as compared to ordinary stills.

After distillation, the bourbon is aged inside new, charred American oak barrels before being finished in French oak casks. The French oak finishing process lends an additional layer of complexity to the bourbon — French oak is highly prized since it is loosely grained and more porous than American oak, allowing it to impart more flavor and tannins to whiskey that it contacts. While federal regulations mandate that straight bourbon be aged for a minimum of two years, Henry DuYore's Straight Bourbon Whiskey is aged for a minimum of four years. After aging, the bourbon is brought to proof and each bottle is filled, labeled and sealed by hand.

Named after a reformed moonshiner, Henry DuYoure's Bourbon has notes of sweet, yellow corn that are nicely balanced by the spicy rye. In addition, the liberal amount of barley in the bourbon's mashbill adds viscosity and depth, while the barrel notes provide for a subtle undertone of dried fruit, honey and toffee. The bourbon earned a score of 93 points from Wine Enthusiast, which named it one of the Top 50 Spirits of 2013.

Pronounced nose of caramel and vanilla with an undercurrent of spice from the rye. Initial sweet flavor of corn gives way to complex notes of dried fruit, toffee and citrus. Medium-bodied, the long, lingering finish has a spicy kick.