Learn more
Size750mL Proof121.2 (60.6% ABV) *Please note that the ABV of this bottle may vary
Named after Bob Dylan's Bootleg Series of albums, this is the 3rd release in the limited-edition series. Released in 2021, it's a 13-year-old Kentucky bourbon that was finished in Vino de Naranja casks and bottled at cask strength. The bottle is adorned with Dylan's painting titled Sunday Afternoon.
Notify me when this product is back in stock. 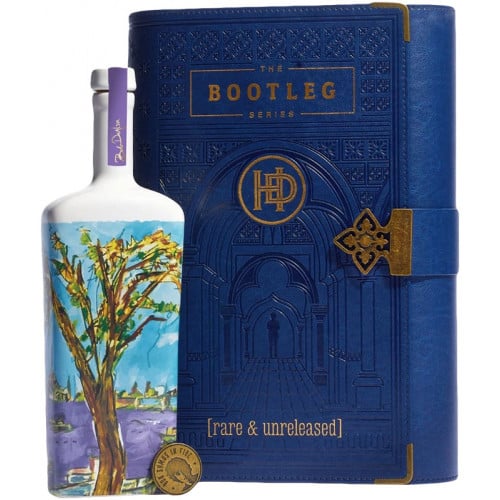 Heaven's Door Whiskey is a collaboration with Bob Dylan that came to be in 2018 when industry veteran Marc Bushala and Master Blender Ryan Perry teamed up with the music icon. This award-winning collection features an inspired bottle depicting the distinctive iron gates that were created by Dylan in his studio, Black Buffalo Ironworks. The unique gates were handcrafted from objects discovered across America.

This incredible label has a core lineup of highly acclaimed whiskeys that include the Tennessee Bourbon, Double Barrel Whiskey, and Straight Rye Whiskey. The expressions have garnered an impressive collection of accolades over the years, including recommendations from Paul Pacult's Spirit Journal and several (Double) Gold medals.

Their Bootleg Series takes its name from Dylan's official Bootleg Series of albums, the artist being widely recognized as one of the most bootlegged in the history of the genre. Taking craft whiskey to a new level, the series consists of "unique and unreleased whiskeys, including special blends, barrel finishes and rare stocks". Adorned with Dylan's paintings, the hand-crafted bottles come with an exquisite leather box. The 3rd release in the series, the Bootleg Volume III, was released in 2021. It's a 13-year-old Kentucky bourbon that was finished in Vino de Naranja casks and bottled at a cask strength of 121.2 proof. Rich and complex, it has a subtle sweetness from the orange wine barrels. The bottle is adorned with Bob Dylan's painting titled Sunday Afternoon.