Size750mL Proof80 (40% ABV)
This straight bourbon whiskey is named after the Neversweat mine of Butte Montana. 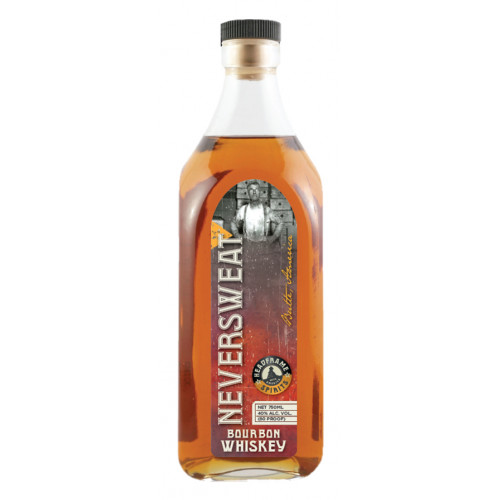 John and Courtney McKee founded Headframe Spirits in 2010, opening their tasting room doors in 2012. Since its launch, they have not only won awards and accolades for their products, but also for their impact on their community and state. In 2014 Governor Bullock recognized John and Courtney as Entrepreneurs of the Year and in 2015 as Ambassadors of the Year by the Montana Office of Tourism. The distillery was also awarded 2016 Small Business Champions of the Year by the Small Business Administration.

Butte, Montana is a historical mining town with a budding local micro-distillery scene. Headframe Spirits is situated in Butte’s historic Schumacher Building. The Headframe Distillery is home to some of the most cutting-edge processes in the micro-distilling industry. Their mash and ferment procedures and distillation equipment is designed to maximize quality. Their award-winning lineup is produced using a “batch” distillation technique with a “continuous flow” distillation. Their unique stills are capable of processing 1,000 gallons of fermented wash per day.

Each bottle celebrates the history of a specific mine of Butte Montana and those who worked there. Their lineup includes five unique expressions—Neversweat Bourbon Whiskey, High ore vodka, Anselmo gin, destroying Angel Whiskey and orphan girl Bourbon Cream liqueur—each telling the story of Butte, America, sharing its history and that spirit with the world.

This straight bourbon whiskey is named after the Neversweat mine where the temperatures rose as miners went deeper. Distilled from a mash of 70% corn, 15% wheat and 15% rye, Neversweat is aged, then bottled at 40% ABV.