Size750mL Proof92 (46% ABV)
Styled after Irish whiskey, yet unmistakably Colorado, this expression was triple distilled from 100% locally-sourced malted barley.
Notify me when this product is back in stock. 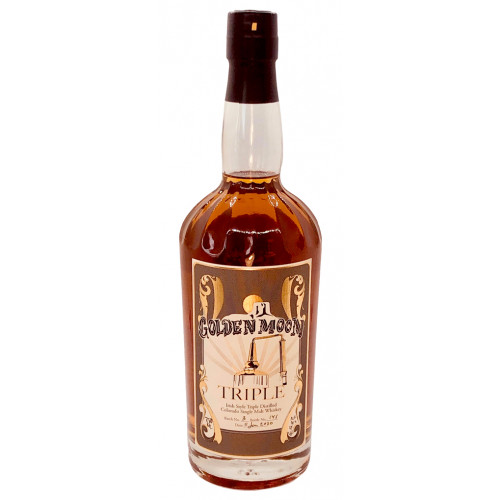 Their Golden Moon Triple Colorado Single Malt Whiskey has been triple distilled using 100% malted barley. It was all sourced either from Colorado or neighboring states and malted on-site at the Golden Moon Distillery. This Irish-style Colorado whiskey has spent at least 6 months in American oak casks and is bottled at 92 proof.

The Irish-style whiskey leads with a floral nose and notes of butterscotch and malt. The palate is sweet with honey and apples. Finishes medium-long and slightly warming.