Caskers Rewards members earn up to 4 store points back when buying this bottle.
Size750mL Proof92 (46% ABV)
Distilled using 100% malted barley either from Colorado or neighboring states, this single malt has spent more than 6 months in new American oak barrels and won a Gold Medal at the 2019 edition of the San Francisco World Spirits Competition.
Notify me when this product is back in stock. 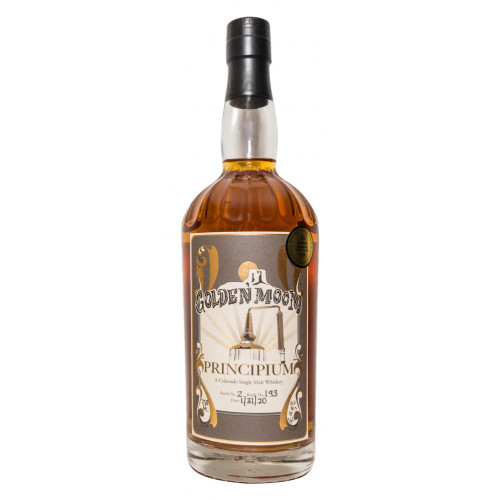 The Golden Moon Principium Colorado Single Malt Whiskey was distilled using 100% malted barley, sourced either from Colorado or neighboring states and malted on-site at the Golden Moon Distillery. It has spent at least 6 months in small new American oak casks and is bottled at 92 proof. It won a Gold Medal at the 2019 edition of the San Francisco World Spirits Competition.