Size750mL Proof80 (40% ABV)
The Glenrothes Soleo Collection. These age statement whiskies have been released as a part of their core line up. This 12 Year Old is the epitome of the Glenrothes distillery style with its rich and beautifully rounded character. 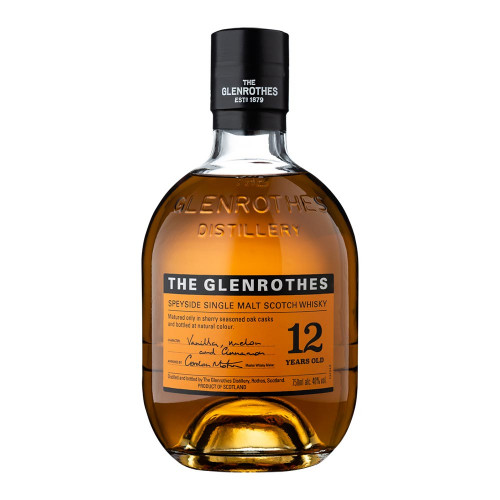 Matured only in sherry seasoned oak casks and bottled at natural color, the 12 Year Old is the epitome of the Glenrothes distillery style with its rich and beautifully rounded character of vanilla, melon, and cinnamon. It has received "95 points & Great Value" at the 2019 Ultimate Spirits Challenge and "5 Stars & Highest Recommendation" by the F. Paul Pacult's Spirit Journal, 2018.

Banana, and vanilla on the nose. The palate has notes of vanilla, melon, hint of cinnamon. The finish is long and smooth, with galia melon light spice.