Learn more
Size750mL Proof93.6 (46.8% ABV) *Please note that the ABV of this bottle may vary
This impeccably aged 35 Year old Glengoyne is a stunning collectors item. This is an exceptionally rare spirit with only 500 bottles in existence.
Notify me when this product is back in stock. 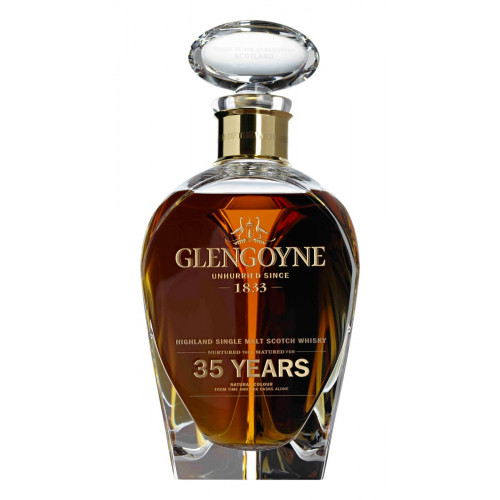 Distilled in the 1970’s this impeccably aged whisky is 35 years in the making. This is a complex malt full of tropical intensity rich licorice and dark chocolate finish. This is an exceptionally rare spirit with only 500 bottles available in the world. Each hand-blown decanter is engraved, numbered, and collared in gold with a crystal stopper. Housed in a handcrafted bespoke, solid oak gull-wing box.