Size750mL Proof86 (43% ABV)
This incredibly complex single malt is the result of 18 years in first and re-fill sherry casks, delivering luxurious notes of spicy vanilla and ripe apples.
Notify me when this product is back in stock. 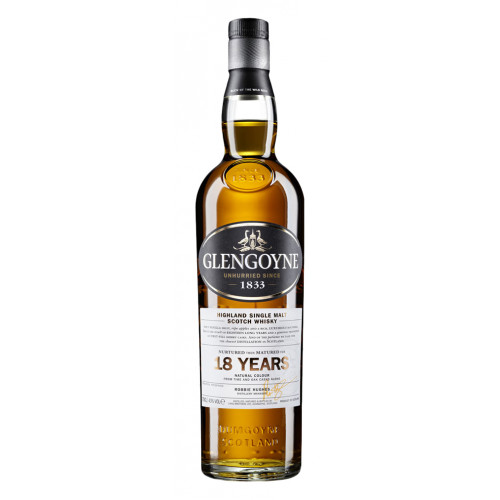 With spicy vanilla fruit, ripe apples and a rich, luxurious mouthfeel, this incredible 18-year Glengoyne was released in 2012 as a classic sherried and non-peated whisky. This single malt is the result of 18 long years in first and re-fill sherry casks. Finalist at the 2017 Ultimate Spirits Challenge.