$117.99
Caskers Rewards members earn up to 5 store points back when buying this bottle.

Size750mL Proof86 (43% ABV)
This award-winning Glengoyne is crafted ounce-by-ounce – hour-by-hour - into a smooth, incredibly complex spirit.
Notify me when this product is back in stock. 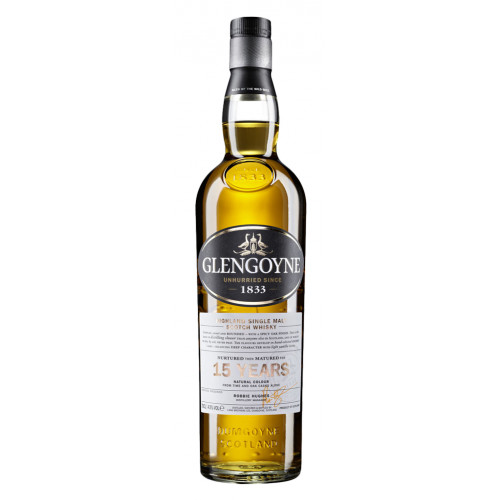 This 15 year is complex with depth and bright tropical notes - with a spicy oak finish. Hints of candied lemon and pineapple reveal the influence of first-fill bourbon casks, balanced by the rich intensity of Glengoyne’s signature sherry wood. Winner of the Chairman’s Trophy at the Ultimate Spirits Challenge, 2017.