Be the first to review this product
Only 398 bottles of this single malt, which was aged for over 14 years, have ever been produced.
Add to Wish List
Notify me when this product is back in stock.

Clynelish 14 Year Old Single Malt Scotch Whisky was distilled on May 27, 1998 and matured in an American oak cask that was previously used to mature bourbon (Cask #7764). After maturing for 5,158 days, the whisky was bottled without the use of chill filtration or artificial coloring. As a result, it has an aroma of sweet malt, dried caramel and citrus that gives way to notes of oats, barley, vanilla cream and cloves on the palate. The finish is long and slightly sweet, with hints of citrus, oranges and nougat.

Only 398 bottles of this whisky have ever been produced. Pick one up today!

Aroma of sweet malt, dried caramel and citrus. Notes of oats, barley, vanilla cream and cloves on the palate. Finish is long and slightly sweet, with hints of citrus, oranges and nougat. 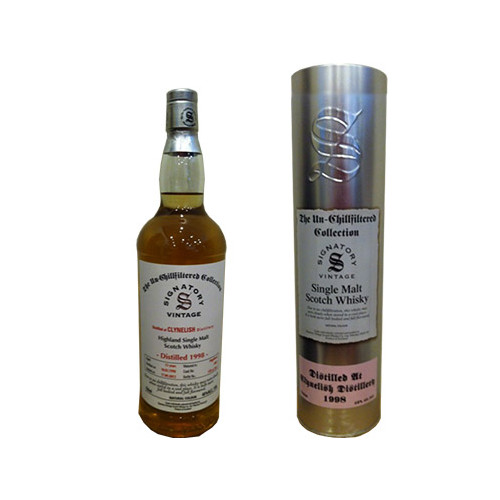