Rating:
100%
(1)
This unique single grain, is a light and floral whiskey distilled in a Coffey still and double barrel aged in first-fill bourbon and Oloroso sherry casks.
$31.99 $33.99
Add to Wish List

This unique single grain, is a light and floral whiskey distilled in a Coffey still from a mash bill of Irish malted barley and corn. "It spends three and a half years in American oak first-fill Bourbon barrels before being finished for six months in Spanish Oloroso sherry casks. The Bourbon barrels impart deep, robust chocolate and caramel notes, while the Oloroso casks lighten the palate with fruitier notes and touches of nutty tones. With both barrels being oak, you get that beautiful vanilla thread you’d expect to run through an Irish whiskey. Both barrels are porous too, allowing Ireland’s temperate, maritime air through to make its impression" (producer).

The nose is slight but undoubtedly rich with dark fruit; cherry, raisin, fig (with Christmas pudding notes on the nose for those lucky enough to know what that is) along with floral lemongrass and a touch of nutmeg. Sweet and creamy on the palate, with butterscotch, honey and peppercorn bringing along sweet Bourbon Cask notes with dried fruit returning through notes of maraschino cherries and a pinch of brown sugar. The finish has lingering notes of ginger spices with a faint glimmer of almond to end a complex Irish Whiskey from start to finish.

6% OFF
Skip to the end of the images gallery 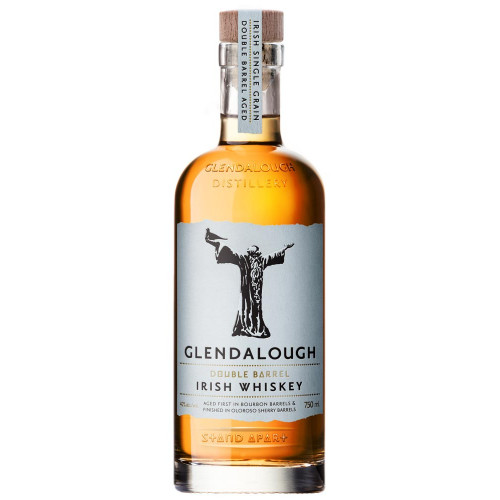