Size750mL Proof80 (40% ABV)
This Irish whiskey is distilled, matured, and bottled on-site in Skibbereen, Ireland. Triple-distilled and non-chill filtered, it's a blend of 75% grain and 25% malt whiskey. It was matured in bourbon casks. 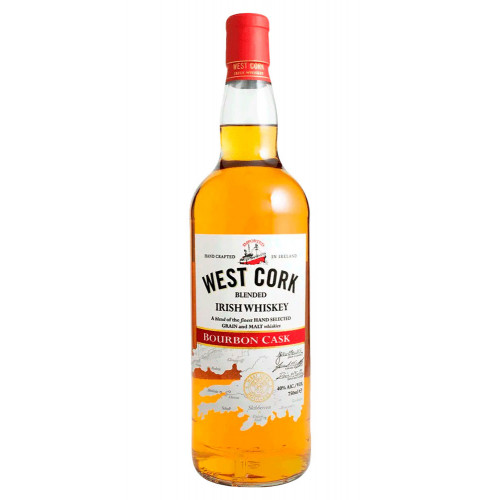 Distilled, matured, and bottled on-site, West Cork offers a diverse lineup of Irish whiskey that is triple-distilled, non-chill filtered, and crafted using local ingredients. The Bourbon Cask Whiskey is a blend of 75% grain and 25% malt whiskey that was matured in bourbon oak casks.

The nose has citrus and cracked pepper aromas. On the palate, you'll find a pleasantly lingering sweetness, malt, citrus, apple, and nutmeg, culminating in a smooth finish.