Learn more
Size750mL Proof124.9 (62.45% ABV)
This hearty whiskey earned a Gold Medal at the 2019 Los Angeles International Spirits Competition, and the Chairman’s Trophy, 98 points at the 2019 Ultimate Spirits Challenge.
Notify me when this product is back in stock. 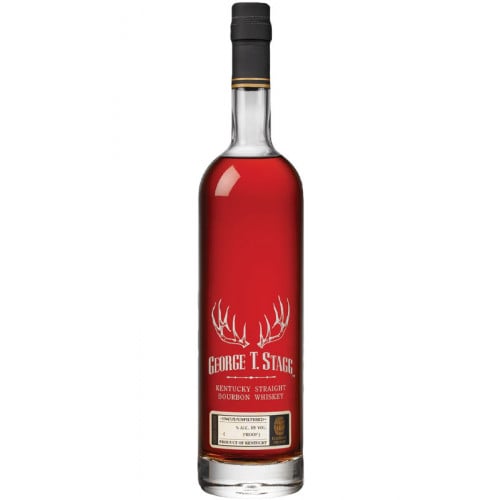 This extremely hearty whiskey ages in new charred oak barrels for no less than 15 years. Straight out of the barrel, uncut and unfiltered, the taste is powerful, flavorful and intense. Open it up with a few drops of water, sit back and ponder the wonders of the universe. 2019 Gold Medal - Los Angeles International Spirits Competition. 2019 Chairman's Trophy - 98 points - Ultimate Spirits Challenge. Bottled at 124.9 proof.

Lush toffee sweetness and dark chocolate with hints of vanilla, fudge, nougat and molasses. Underlying notes of dates, tobacco, dark berries, spearmint and a hint of coffee round out the palate.