Size750mL Proof131.3 (65.65% abv)
Dan Garrison & Master Distiller Donnis Todd hand-pick their favorite barrels and let these age longer. Once time (and the Texas heat) has worked its magic on the spirit, they bottle it at cask strength, releasing the Cowboy Bourbon in limited quantity. This is the much-anticipated 2021 release. 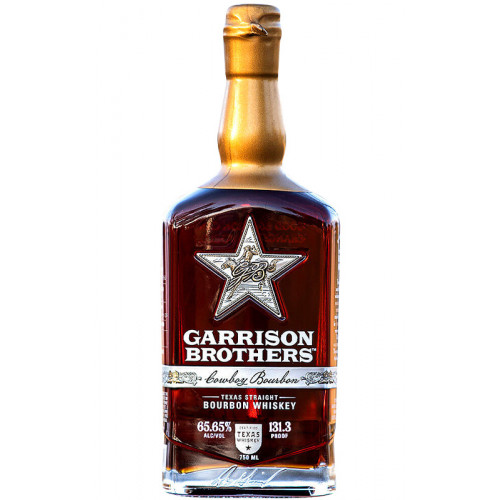 The Cowboy Bourbon is an occasional release and one that keeps turning heads of bourbon lovers. These releases have them draw from some of their very best barrels that were hand-picked for a longer aging period. Master Distiller Donnis Todd & Dan Garrison set aside a couple of very special barrels, letting time work its magic on them. Once the whiskey is deemed perfect, it is bottled unfiltered and uncut at cask strength. 6,440 bottles of the 131.3-proof bourbon were produced this year, the first 1,000 selling out in 2 hours.

Get your bottle of this magnificent bourbon today!

It's a powerful, flavorful, and sweet expression with pipe tobacco, leather, and banana nut bread aromas, along with hints of honey, plum, and floral notes. On the creamy and sweet palate, you'll find caramel, chocolate, dark fruit, and a deceptively smooth finish.