Learn more
Size750mL Proof100 (50% ABV) *Please note that the ABV of this bottle may vary
This gift set includes a bottle of Four Roses Single Barrel Kentucky Straight Bourbon and two rocks glasses.
Notify me when this product is back in stock. 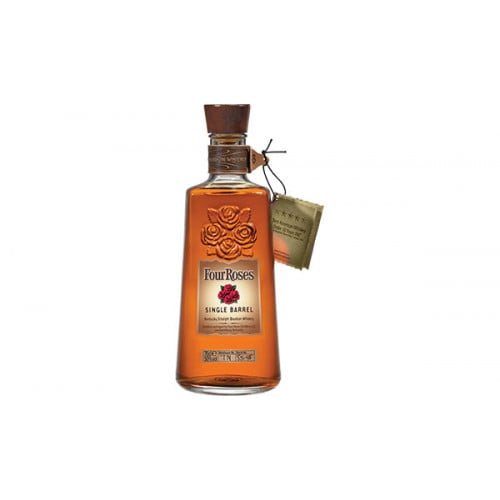 Situated on the banks of the Salt River and nestled in the quiet Kentucky countryside near Lawrenceburg, Four Roses Distillery is a testament to American ingenuity and perseverance. Built in 1910 to resemble the architecture of California wineries, the distillery — now listed on the National Register of Historic Places — was one of six distilleries that was granted permission to operate during Prohibition in order to produce medicinal bourbon.

While most distilleries age bourbon in warehouses that are many stories high, Four Roses ages its bourbon in a one-story warehouse to ensure that each barrel is aged in a similar environment.  In addition, each bottle of Four Roses available through Caskers is the product of a single barrel (rather than a blend of multiple barrels), giving each bottle a unique flavor profile and history. This gift set of Four Roses Bourbon also includes two complementary rocks glasses made in tribute to the distillery's 125th anniversary.

Enjoy this bourbon and the history that comes with it!

Hints of nutmeg and cinnamon initially, followed by bold notes of caramel, toffee, and maple syrup. Finish lingers with a touch of baking spices and vanilla.