$794.99
Caskers Rewards members earn up to 39 store points back when buying this bottle.

Caskers Rewards Caskers Rewards members earn up to 39 store points back when buying this bottle. Learn more
Out of stock
Skip to the end of the images gallery 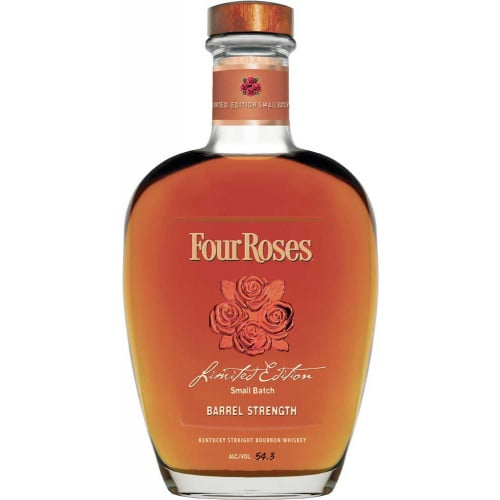 In the heart of the Kentucky countryside, on the banks of the Salt River near Lawrencberg, sits the Four Roses distillery. Persevering through Prohibition and decades of dormancy in the US, Four Roses is the hallmark of resourcefulness.The distillery was built in 1910 to resemble the architecture of California wineries. The distillery was one of the six distilleries that was granted to operate during Prohibition. It is now listed on the National Register of Historic Places.

The times following Prohibition, Four Roses Kentucky Straight Bourbon became the top-selling bourbon in the United States. The distillery was bought out by Seagram’s in 1943, and a decade later their Kentucky Straight Bourbon was discontinued, and Four Roses was moved to the European and Asian markets. In February 2002, they were bought out again by the Kirin Brewery Company, Ltd. who restored a sense of purpose and vigor to the Four Roses enterprise.

Master Distiller Brent Elliot at Four Roses selects a few barrels of their 10 Bourbon recipes to become Limited Edition releases. These special releases are barrel strength and non-chill filtered. Their 2017 Limited Edition Small Batch Bourbon is the end product of a mixture of barrels. Elliot selected 12-year-old bourbons from Four Roses’ OESO and OBSV recipes, and a 16-year-old OESK. He chose to anchor the blend with the OESO, which has a mash bill of 75% corn, 20% rye and 5% malted barley, and a yeast strain with fruity vanilla accents. It is bottled at barrel strength with a proof of 111.2.

The recipe’s fruitiness is balanced with more aged spice notes from the OBSV and OESK recipes. The small batch blend is an incredibly balanced, imbued with bright notes of sweet cherry and crisp green apples, rich apricot and structured rye aromas. The palate has tart citrus flavors, transitioning to hints of sweet molasses, peppery spices and decadent crème brûlée. The finish is long, with subtle hints of honey and light mint.

The recipes fruitiness is balanced with the more aged spices of the OBSV and OESK recipes. On the nose are rich fruity notes of sweet cherry and crisp green apples, and rich apricot and structured rye aromas. The palate has tart citrus flavors, transitioning to hints of sweet molasses, peppery spices and decadent crème brûlée. The finish is long with subtle hints of honey and light mint.