Be the first to review this product
This limited edition small batch bourbon marks the 130th anniversary for the brand. Crafted by master distiller Brent Elliott.
$809.99
Add to Wish List

Bottled at a solid at 104 proof, Four Roses Small Batch Select marks the first permanent addition to their portfolio of premium Bourbons since 2006. This extra proof and non-chill filtered Small Batch Select has a richer profile more robust profile than the signature Four Roses.

Warm aromas of rich vanilla, mingled with raspberries, crème brûlée and ripe berries on the nose. Bright apricot flavors greet the palate, then give way to hints of mint, cinnamon, apple and mellow oak. The finish is very long, with notes of cinnamon, more fruit and vanilla. 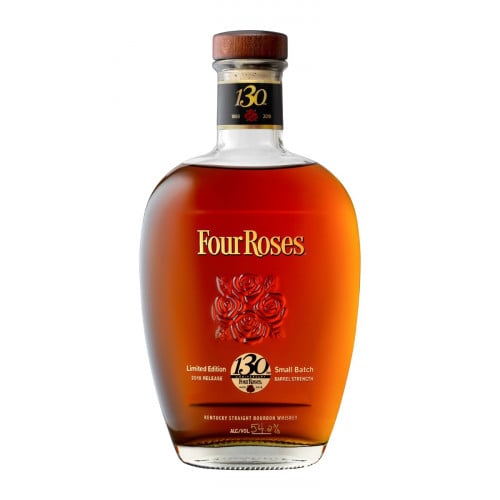