Learn more
Size750mL Proof123.7 (61.85%) *Please note that the ABV of this bottle may vary
Four Gate Kelvin Collaboration III Batch 12 is the third iteration of the award-winning small batch series. A blend of 9- and 12-year-old Kentucky Straight Bourbons, it was finished in ex-fortified wine and ex-dark rum casks, namely PX Sherry-Rum casks from Virago Spirits in Richmond, VA.
Notify me when this product is back in stock. 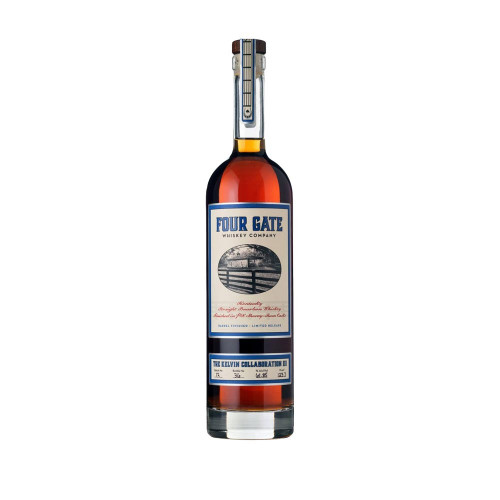 Four Gate Whiskey Company started releasing its small-batch expressions with innovative finishes in 2019, gaining much critical acclaim from the start. Batches 1, 2, 3, 4, 6, 7, and 8 all received Whisky Advocate scores of 90 points or higher, and various well-regarded writers and online reviewers named batches 1, 3, 4, 5, 6, and 10 among the top 10 American whiskeys of 2019 and 2020.

Sweet nose of vanilla, caramel, molasses and sweet red fruit flavors. A rich and decadent palate with sherry notes followed by vanilla, oak and brown sugar. The finish is long and viscous.