Learn more
Size750mL Proof80 (40% ABV) *Please note that the ABV of this bottle may vary
Double barreled in American oak casks, this whisky earned the Gold Medal at the Beverage Testing Institute Competition in 2014.
Notify me when this product is back in stock. 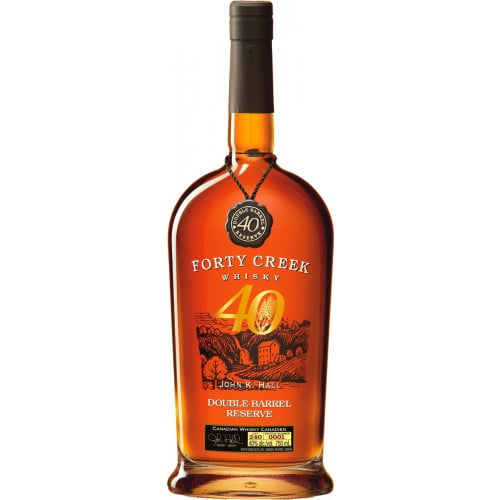 Forty Creek Double Barrel Reserve Whisky is crafted from rye, corn and barley grains. Once the grains arrive at the distillery, Hall distills each grain separately through traditional copper pot stills. Then, the whisky crafted from each of the three grains is matured individually in traditional oak barrels. After the three whiskies have matured, Hall marries them together in American oak casks that were previously used to mature bourbon. During this double-barreling process, the ex-bourbon barrels contribute sublime notes of vanilla, caramel and toffee to the whisky.

As a result, Forty Creek Double Barrel Reserve has an aroma of toasted oak, pecans and coconut. Notes of toasted nuts, caramel, creamy vanilla and roasted nuts dominate the palate, and lead to a finish that is rounded, rich and complex.