Size750mL Proof90 (45% ABV)
William Grant & Sons entered the world of bourbon with the Fistful of Bourbon expression in 2018, channeling their vast knowledge of Scotch into the creation of this blend of 5 straight bourbons. Aged 2 years and up, the blend has an accessible balance of sweetness and spice.
Notify me when this product is back in stock. 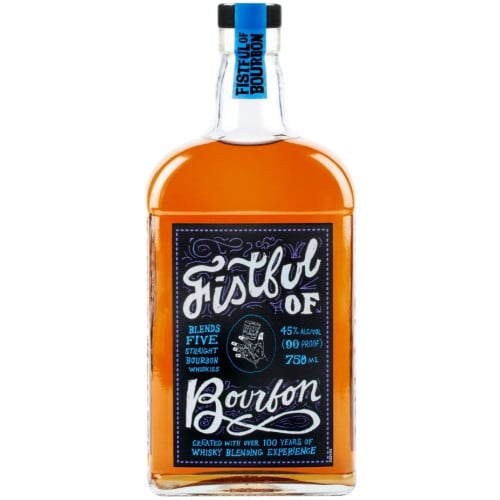 About Fistful of Bourbon

Born in December 1839, William Grant became a cattle herder at the age of 7 to supplement his family's income. As a teenager, Grant apprenticed as a cobbler and a clerk, and in 1866, he joined Mortlach Distillery as a bookkeeper. For the next two decades, Grant managed the affairs at the distillery, while secretly learning the art of distillation. In 1886, he resigned from his position as distillery manager and, together with his seven sons, two daughters, and one sporadically working stonemason, built his family distillery in Scotland.

William Grant & Sons is now a behemoth that is among the largest producers of Scotch in the world and is home to several massively successful labels. Yet it is still family-owned, run by Grant's descendants, and independent. Glenfiddich, Balvenie, Girvan Grain, Tullamore, and several other distilleries operate under them.

With the release of Fistful of Bourbon in 2018, William Grant & Sons entered into the world of bourbon whiskey. It's a blend of 5 straight bourbons, aged 2 years and up in new charred oak barrels, before being bottled at 90 proof. The blend was crafted by Master Blender Brian Kinsman and Kelsey McKechnie to balance sweetness and spice, and have 5 distinct flavors: A balanced sweetness, green and floral notes, spice and nutmeg, buttery toffee, and a touch of cinnamon and licorice.

Grab a Fistful of Bourbon today!

The profile is light and accessible across the board with notes of corn, vanilla, caramel, fruit, spearmint, and a nuttiness on the nose. The palate has more vanilla, corn, caramel, and fruit, with a distinct rye spice and an oakiness. Finishes medium and sweet with plenty of those notes.