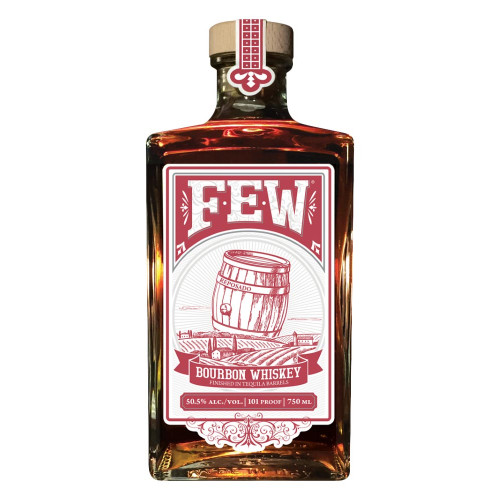 Inspired by the pre-Prohibition times and the 1893 World Fair in Chicago that introduced the world to many inventions including the Ferris wheel, FEW Spirits is a grain to glass distillery that was appropriately founded at the seat of Prohibition in the Evanston suburb of Chicago, Illinois, in 2011. The first distillery to open in the dry community of Evanston in modern times – despite the Prohibition being repealed in 1933, you couldn't buy liquor in Evanston until 1970s – founder and distiller Paul Hletko had to push for local law amendments before he could open his award-winning craft distillery. He decided to name it after the initials of Frances Elizabeth Willard, an important figure in the Women's Christian Temperance Union, whose activities eventually resulted in the Prohibition in 1920. Today, a new style of bold and urban Chicago-style whiskey is produced in a dark back alley in Evanston. FEW Spirits is known for their handcrafted, critically acclaimed small batch whiskeys and gins that are produced in two copper pot stills.

FEW Bourbon Finished In Tequila Barrels is the result of their single barrel program that enables FEW Spirits to finish their award-winning bourbon in different barrels to enhance a certain flavor profile. This bottle was finished in Reposado tequila barrels for several months. Bottled at 101 proof, this is a truly unique bourbon of a dark amber hue that features a palate of grassy flavors, reminiscent of agave, that mingle with hot and spicy tones, ranging from toffee, mint and menthol. The finish is exceptionally smooth and like nothing you ever tasted before.

Get your bourbon finished in Reposado tequila today!

A deep amber hue. The nose is bold and sweet with notes of fresh grass and vanilla. The palate is hot and spicy with warm notes of toffee, mint and menthol. The finish is long and smooth.