Be the first to review this product
This impeccable whiskey has earned countless awards, including the Tried & True Award at the 2014 Ultimate Spirits Challenge.
$430.99
Add to Wish List

Buffalo Trace Distillery is the oldest continually operating distillery in the United States and includes the rich legacies of master distillers such as E.H. Taylor, Jr, George T. Stagg, Albert B. Blanton, Orville Schupp and Elmer T. Lee. Today, the distillery is still family-owned, operating on the same 130 acres of land adjacent to the Kentucky River as it has for over 200 years.

Named after Master Distiller Emeritus Elmer T. Lee, this whiskey is hand selected and bottled to the standards of quality set by Elmer T. Lee. This harmonious single barrel has prominent notes of baking spice and vanilla, a flavor profile that earned this whiskey numerous Gold medals, and the Tried and True Award at the 2014 Ultimate Spirits Challenge.

The nose brings notes of clove, vanilla, and old leather. The flavor balances fruit, honey, and vanilla with a light spiciness. A long and warm finish. 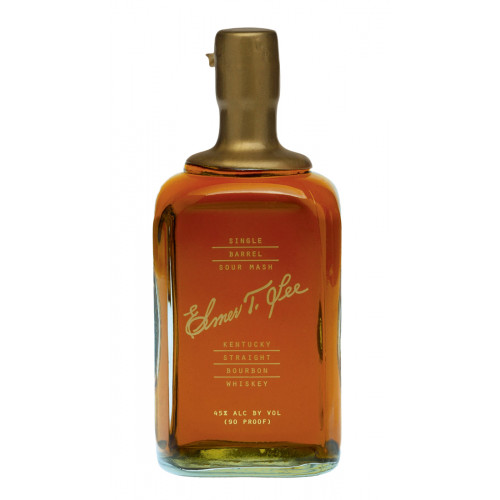