Caskers Rewards members earn up to 1 store points back when buying this bottle.
Size750mL Proof94 (47% ABV)
This single barrel bourbon was aged on the sixth floor of rick house #2 for a full decade, yielding a complex, full-bodied spirit.
Notify me when this product is back in stock. 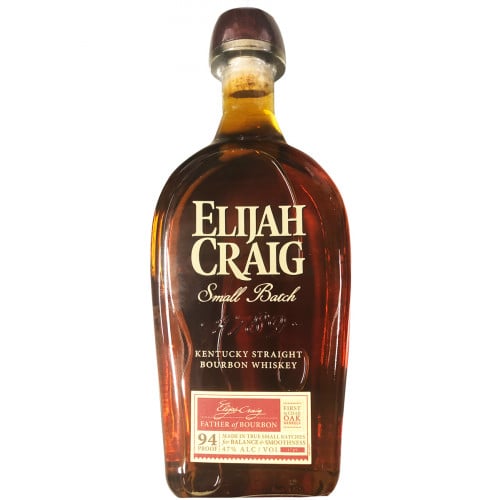 Elijah Craig Bourbon is an homage to Craig and his unique legacy. As a part of their Private Barrel program, this single barrel bourbon was aged on the sixth floor of rick house #2 for a full decade. The result is a complex, full-bodied spirit with sweet notes of caramel, vanilla, honeyed fruit notes, oak, and marzipan.

Caramel and vanilla peppered with honey-kissed fruit, golden raisin, and a hint of marzipan. Notesof oak and dried spice on the finish.