This product is available in: CA, FL, NH, NJ Unfortunately, we can't ship to PO Boxes and APO addresses.

Size750mL Proof76 (38% ABV)
Crafted in 2013 to mark the 110th anniversary of the Dominican La Aurora cigar factory, only 3,000 numbered bottles of this rum are produced each year in collaboration with Ron Barceló. The 10-year-old spirit was crafted to bring out the best in premium cigars.

This product is available in: CA, FL, NH, NJ Unfortunately, we can't ship to PO Boxes and APO addresses. 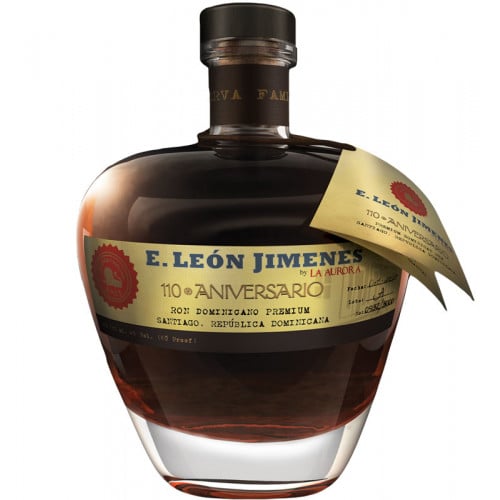 La Aurora is a cigar factory that was founded in 1903 by Eduardo León Jimenes in Don Pedro, Guazumal in the province of Santiago de los Caballeros. Since then, the company has become a major player in Dominican art and culture, as well as diversifying into banking and publishing. In the 80s, the Leon Jimenes Group purchased the Cerveria Nacional Dominicana, thus becoming the leader of the beer market in the country. In 2011, Guillermo Leon Herbert bought 100% of the capital of La Aurora, separating the manufacture of cigars from the rest of the group, bringing the company back to its roots. Today, the modern factory employs over 1,100 workers, producing more than 1 billion sticks per year.

2013 marked the 110th anniversary of La Aurora. To commemorate it, a rum was launched in collaboration with Ron Barceló. Barceló was founded in 1929, when Julián Barceló emigrated from Spain to Santo Domingo. in 1950, Barceló Blanco and Dorado gold Rum initiated the success of the Ron Barceló brand, and the label has been growing rapidly ever since. Ron Barceló distills their rum from 100% Dominican sugar cane juice.

E. León Jimenes 110 Aniversario Rum is a premium spirit with only 3,000 numbered bottles produced each year. Aged 10 years, the rich and complex rum was crafted to bring out the best in premium cigars. After spending 8 years in virgin American white oak casks, it is finished for 2 years in virgin French oak. The rum has won the coveted Double Gold Medal at the 2020 edition of the San Francisco World Spirits Competition.

Get your bottle of this cigar lover's rum today!

The rum is rich and complex with a pleasantly sweet nose with floral undertones. The palate has a balance of sweetness and spice with toffee, caramel, nuts, wood, and hints of coffee.