Size750mL Proof92 (46% ABV)
Most of the whisky from the Linkwood Distillery from the Speyside region of Scotland goes into Diageo's blends. This release is a chance to try it in single malt form. Aged 12 years in ex-bourbon casks, it was finished in wine barrels from the Israeli Flam Winery.
Notify me when this product is back in stock. 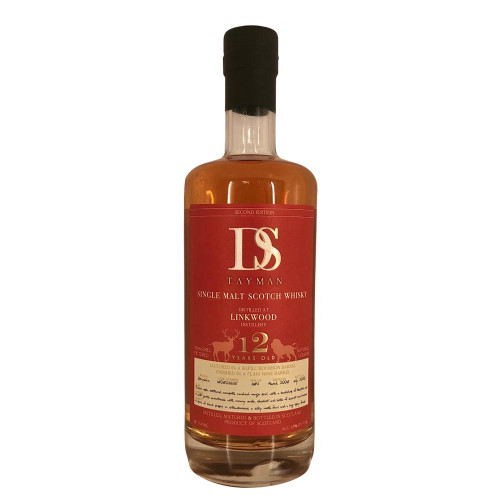 The Linkwood Distillery is a whisky distillery in Elgin in the Speyside region. The distillery was built in 1821 by Peter Brown. Today the distillery is a workhorse of the Diageo machine producing whisky for blends such as Johnnie Walker, Haig, Bells, and White Horse with only a minuscule 2% used for single malts. This makes this DS Tayman release quite a rarity. Distilled in 2008 and aged in ex-bourbon casks, the expression was then finished in casks that used to hold red wine from the Israeli Flam Winery. Fruity with a gentle sweetness, toasted oak, vanilla, and gentle spice notes, this 92-proof whisky is a rare chance of tasting a single malt from the Linkwood distillery.

Grab your bottle of this unique whisky today!

The nose has aromas of baked apples, candied orange peel, buttered crumpets, and toasted oak. The palate has a pleasant sweetness with red berries and vanilla notes. The lengthy finish has a touch of spice and strawberry notes.