Learn more
Size750mL Proof92 (46% ABV) *Please note that the ABV of this bottle may vary
Ballast Point Devil's Share Single Malt is an award-winning, distinctly sweet whiskey, created by pioneers of San Diego’s craft scene. The whiskey was distilled in small batches and aged in virgin, heavily charred American oak barrels.
Notify me when this product is back in stock. 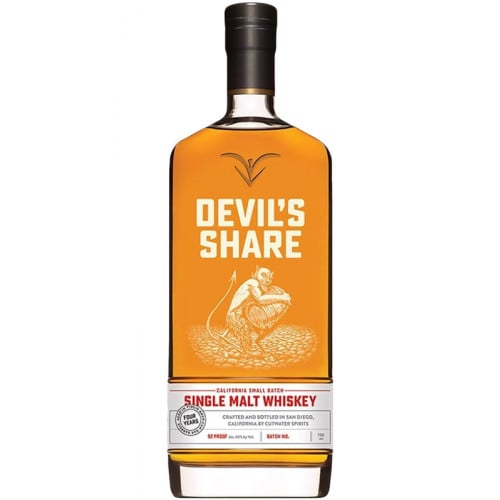 When the paths of Yuseff Cherney and Jack White crossed due to their love for craft brewing, no one could have predicted this was the beginning of a story that would transform San Diego’s craft beer and spirits scene. Jack hired Yuseff as the first employee of Home Brew Mart, a home brew shop he opened in 1992 after realizing home brewers often had trouble obtaining supplies and ingredients. The shop soon became a place where home brewers met and shared their ideas, and many of the customers went on to found breweries that helped San Diego County earn the reputation of a craft beer mecca. Jack and his college roommate Pete A. ’Hearn meanwhile started brewing in the back of the shop, and in 1996, Ballast Point Brewing was established.

As the company grew and its production expanded, Yuseff’s experimental nature set in again and he started making spirits in the back of the brewery. He custom-built his first pot still from an old beer fermenter to distill rum, vodka, gin, whiskey and more, and in 2008, Ballast Point Spirits was founded, becoming the first micro distillery in San Diego since Prohibition. In 2015, the craft brewing portion of Ballast Point was acquired for $1Billion by Constellation Brands, while the distillery business was spun off to a new company, Cutwater Spirits, in 2017. Jack and Yuseff stayed with the brewing company until 2016 to help with the transition, while they continued to own the distillery business. Yuseff and his team continue to explore and meticulously distill the ever-expanding range of exceptional spirits and canned cocktails at Cutwater Spirits after the company was acquired by Anheuser-Busch in 2019.