Learn more
Size750mL Proof84 (42% ABV) *Please note that the ABV of this bottle may vary
Distilled in 1974, this single malt Scotch earned a score of 99 points from the Beverage Testing Institute, which said that the whisky was blessed with "a deep, feminine soul."
Notify me when this product is back in stock. 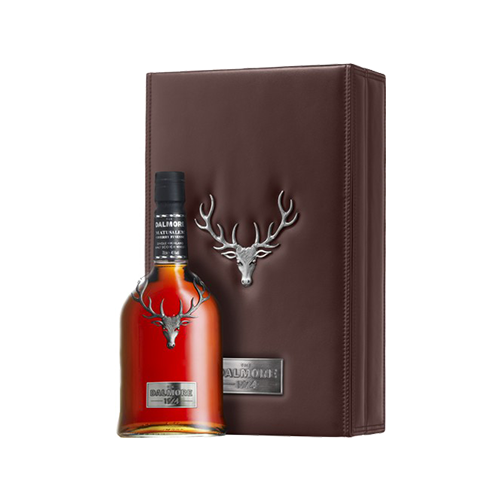 Dalmore Distillery 1974 Single Malt Scotch Whisky is part of the distillery's "Rare and Prestigious"collection. The whisky was distilled in 1974 and matured for approximately 32 years in casks that were previously used to mature bourbon. After its three-decade long beautyrest, the whisky was finished in a single, thirty-year old Matusalem sherry butt from the Gonzalez Byass for an additional four years. "Only the best selected American white oak cask is used during the maturation process," says Richard Paterson, Dalmore Distillery's Master Distiller, "but it is the unique Matusalem sherry butt from Gonzalez Byass that transforms it into something so rich and intense." The used sherry cask sourced from Spain contributes rich and opulent notes of raisins, caramelized orange, dates and figs to the whisky, and complement its notes of honeyed oak and cinnamon spice.

Dalmore Distillery 1974 Single Malt Scotch Whisky has a rich, copper-reddish color, along with an aroma of roasted nuts, peach, honey and brown sugar. The notes of dried fruits, figs, raisins, cherries and raspberries complement notes of cola, cinnamon and woody spices, and add to a long, balanced finish. The whisky earned the Platinum Medal at the International Review of Spirits, and earned a score of 99 points from the Beverage Testing Institute, which said that the whisky was "amazingly rich and vibrant"and was blessed with a "a deep, feminine soul."

Only 948 bottles of this single malt were ever produced. Pick one up today!

Rich, copper-reddish color, along with an aroma of roasted nuts, peach, honey and brown sugar. Notes of dried fruits, figs, raisins, cherries and raspberries complement notes of cola, cinnamon and woody spices, and lead to a long, balanced finish.