Size750mL Proof90 (45% ABV)
This Canadian whiskey from the Noble Collection pays tribute to Crown Royal's roots. Bottled at 90 proof, it has a unique mash bill of 51% winter wheat, 39% corn, and 10% barley.
Notify me when this product is back in stock. 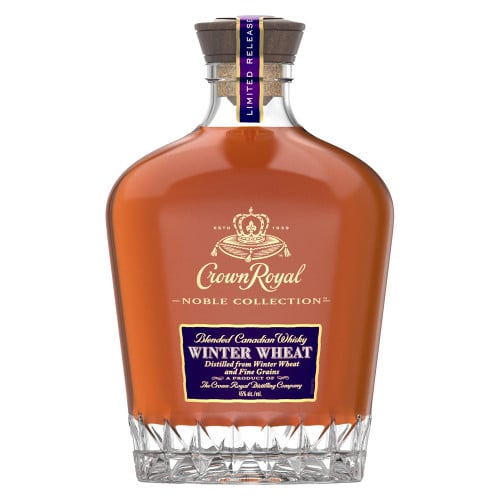 The Noble Collection is a series of whiskey that pays tribute to the brand's history and roots, namely the part that King George VI played in the creation of the whiskey. The Winter Wheat Blended Canadian Whiskey is the 6th expression in the series. It has a unique mash bill of 51% winter wheat, 39% corn, and 10% barley. Aged in charred American white oak barrels, it's bottled at 90 proof and has a creamy profile with rich praline, banana bread, toffee, spice, and toasted oak notes.

Get your bottle of this Canadian whiskey today!

The nose opens with praline, banana bread, and toasted oak aromas. The palate is creamy with bread pudding and toffee notes. Finishes buttery smooth with a touch of warmth and lingering cinnamon and toasted oak notes.