Size750mL Proof90 Proof (45% ABV)
This farm-to-bottle rye whiskey is made with ultra-rare, 100 percent California native Merced Rye.
Notify me when this product is back in stock. 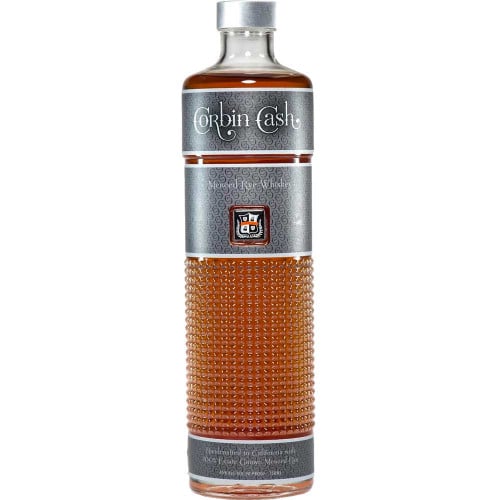 Growing up on the family farm in California’s beautiful San Joaquin Valley, David Souza learned the art of raising sweet potatoes from his grandfather, who began teaching David when he was just seven years old. When his grandfather retired, David took the reigns of the family business, farming on his own until, at the age of 26, he moved to Las Vegas to run and promote various restaurants, clubs and other establishments.

While working in Las Vegas, David became upset with the “swill” that was being pushed upon consumers as bottle service, and a light bulb went off in his head: what if he could make a truly great, farm-to-bottle vodka from the very sweet potatoes he learned to grow back home? Thus the idea for Sweet Potato Spirits was born.

Named after David’s son, Corbin Cash Souza, Corbin Cash Merced Rye Whiskey is made from an ultra-rare, 100 percent California native Merced Rye mashbill. Aged in custom-charred American white oak barrels from Missouri for up to four years, the whiskey has a beautiful color reminiscent of autumn leaves. The nose is filled with a bouquet of toasted rye bread and burnt oak, and leads to a sweeter palate with hints of caramel apple, cinnamon and pear. The finish is dry, pleasant and long-lasting.

Bouquet of toasted rye bread and burnt oak, which leads to a sweeter palate with hints of caramel apple, cinnamon and pear. The finish is dry, pleasant and long-lasting.