Learn more
Size750mL Proof100 (50% ABV) *Please note that the ABV of this bottle may vary
A tornado hit Warehouse C in 2006, tearing through the roof and exposing the barrels within. During repairs, the barrels were exposed to the elements, resulting in a truly unique bourbon with an incredible story.
Notify me when this product is back in stock. 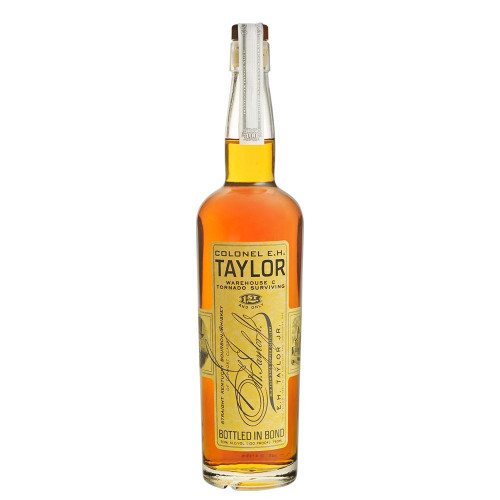 In 2006 a tornado hit and damaged 2 of their warehouses. Warehouse C was built by E.H. Taylor in 1885 and was hit particularly hard, with a part of the roof being torn off. While repairs were underway, several barrels were exposed to the sun. Exposure to the elements and the warm climate influenced the bourbon within, causing rapid maturation. As luck would have it, the bourbon (aged between 9 years and 8 months to nearly 12 years) turned out to be delicious and very special. Bottled at 100 proof, it's a unique expression with an incredible story behind it.

Get your bottle of this tornado-surviving spirit today!

The nose opens with dried fig, cloves, baking spice, and oak. Fruit is on the palate with vanilla and hints of smoke, culminating in a spicy finish with a touch of tobacco.