Be the first to review this product
This limited-edition bourbon has spent 10 years in Warehouse C ― the warehouse that Colonel E.H. Taylor was most proud of. Located on 2 floors in the center of the warehouse, this bourbon was patiently matured into a spectacularly flavorful 100-proof expression.
$3,332.99
Add to Wish List

Warehouse C was built by E.H. Taylor in 1885 and quickly became his favorite ― the final piece of the puzzle for his distillery. This whiskey is a one-time-only release, meaning that it's a very limited expression. These barrels have spent 10 years in the center Warehouse C, half of them sitting on the 2nd, the other half on the 5th floor. The 2nd floor is perfect for older barrels with its dry floor and tightly packed barrels, while the 5th floor has plenty of windows that provide air flow and sunlight. It's a wonderfully flavorful 100-proof bourbon.

Get your bottle of this limited-edition bourbon today!

The nose opens with cherry, oak, and rum sauce. On the palate, you'll find cherry cola, vanilla, and toasted oak, culminating in a long finish with spearmint, coffee, raisins, and anise. 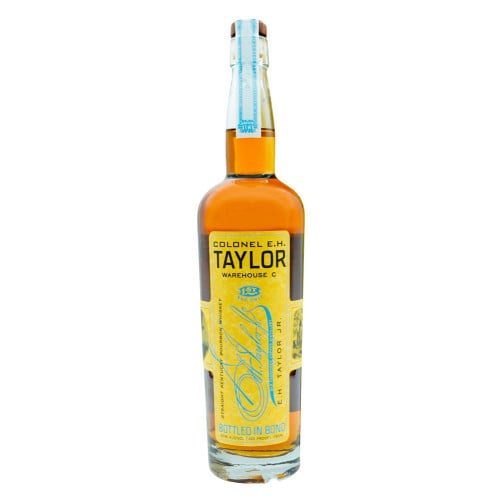