Size750mL Proof100 (50% ABV)
This expression pays tribute to the innovative spirit of Colonel E.H. Taylor, Jr. The wheated bourbon was matured in new oak casks that were made from specially treated staves.
Notify me when this product is back in stock. 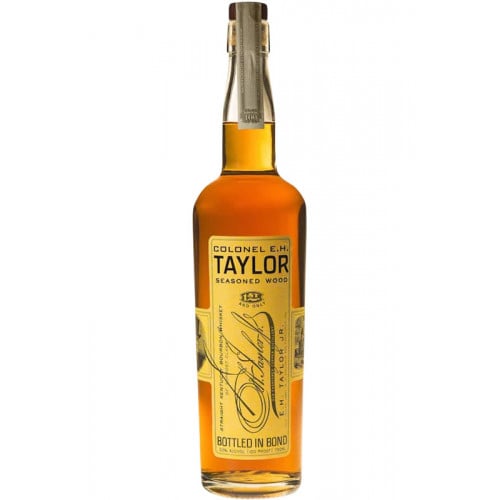 Colonel Edmund Haynes Taylor, Jr. was known for consistently producing excellent whiskey in the 1800s and popularizing the sour mash technique. The Seasoned Oak is the first expression to be released in the E.H. Taylor, Jr lineup that features a wheated bourbon mash bill. It pays tribute to Taylor's spirit of innovation with various innovative techniques: the whiskey was matured for more than a decade in new oak casks that were made from specially treated staves. The resulting whiskey is bright and citrusy with rich oak, fruit, and spice notes. It's bottled at 100 proof.

Grab your bottle of this innovative bourbon today!

Caramel, vanilla, and (dried) fruit lead the charge on the nose. The palate is oaky with butterscotch, citrus, baking spice, and a distinct nuttiness. The finish is oaky and nutty with hints of spice.