Size750mL Proof100 (50% ABV)
Colonel E.H. Taylor is credited with popularizing the sour mash technique. This expression was distilled in 2002 using the same souring process that Taylor would have used, resulting in a full-bodied and flavor-packed 9-year-old whiskey.
Notify me when this product is back in stock. 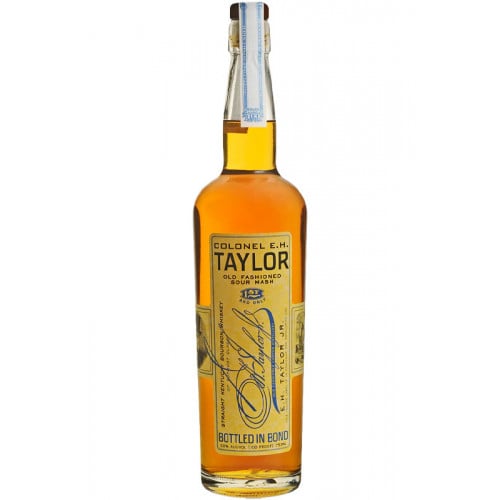 Colonel E.H. Taylor Jr. Old Fashioned Sour Mash Whiskey was the first of the whiskeys to arrive in the lineup, named after the famous distiller credited with popularizing the sour mash technique. The process involves leaving the mash to naturally sour before distillation. The expression was distilled in 2002 using the same souring process that Taylor would have used, resulting in a full-bodied and flavor-packed 9-year-old whiskey with notes of fresh bread, honey, and leather. It's bottled at 100 proof.

Get your bottle of this legendary bourbon today!

Floral aromas lead the charge on the pleasantly sweet nose, followed by freshly baked bread. You'll find honey, toast, and baking spice notes on the surprisingly light palate, followed by a clean finish with a touch of leather.