Size750mL Proof100 (50% ABV)
This Four Grain Bottled-in-Bond is distilled from the four grains E.H.Taylor would have had access to in the late 1800s. 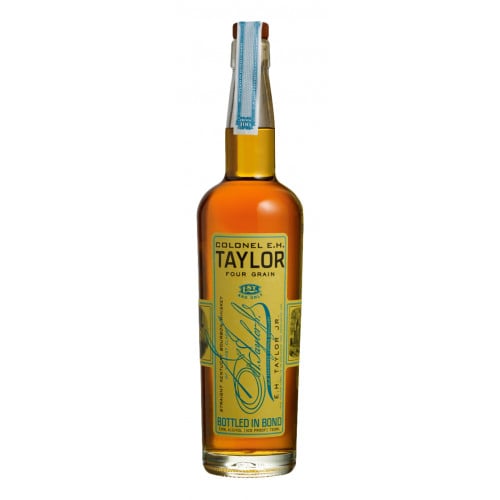 This E.H. Taylor Four Grain is made from a distinct bourbon mash of corn, rye, wheat, and malted barley. Distilled in 2005 it entered into the barrel at 104 proof. These are the four grains E.H.Taylor would have had access to in the late 1800s.