Size750mL Proof100 (50% ABV)
Crafted with Buffalo Trace's low-rye mash bill, this bourbon was matured in oak casks that were made with staves cured for 13 months ― double the usual amount. After 17 long years, the complex and balanced whiskey was bottled at 100 proof. 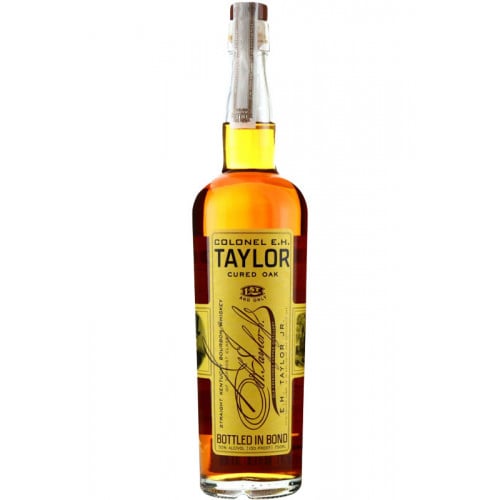 Colonel Edmund Haynes Taylor, Jr. was known for consistently producing excellent whiskey in the 1800s and popularizing the sour mash technique. The Cured Oak whiskey matures in oak casks that were made with staves cured for 13 months ― double the usual amount. It was aged for 17 years in Warehouse C, Taylor's favorite warehouse that was built in 1881.

Get your bottle of this exceptional bourbon today!

It's a complex and well-balanced bourbon with fruit, vanilla, and hints of citrus on the nose. The palate is equally fruity with fig, vanilla, toffee, and a dry oakiness that culminates in a medium-long finish with dark fruit, oak, and spice.