Size750mL Proof92 (46% ABV)
The 3rd small-batch whisky to come from Cirka, this expression follows in the footsteps of their Premier Whisky. Crafted with 93% local Quebec rye and 7% German chocolate malted rye, this whisky was initially matured for 4 years before being finished in 30-years-old Oloroso sherry casks from Spain. 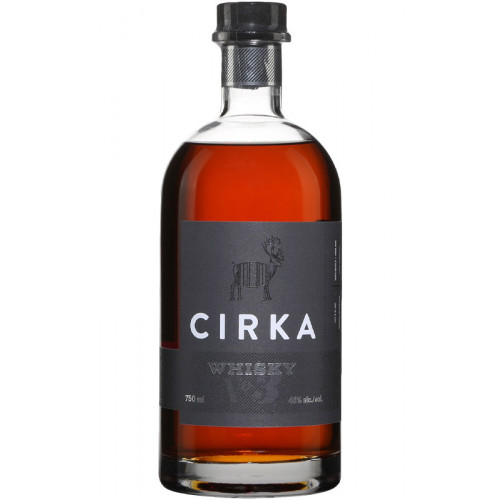 About Cirka No. 3 Whisky

Co-founded in 2014 by Master Distiller Paul Cirka, Circa Distilleries' goal is to craft Canadian whisky. As is often the case with younger craft distilleries, Cirka has been making several clear spirits while waiting for the whisky to mature. The artisanal distillery is located in Montreal, where they employ sustainable practices, relying on local suppliers. This means that local grains, botanicals, and pure water are used in the production process.

The 3rd in Cirka's series of small-batch whisky, No. 3 follows in the footsteps of their Premier Whisky. Crafted with 93% local Quebec rye and 7% German chocolate malted rye, this whisky was initially matured for 4 years before being finished in 30-years-old Oloroso sherry casks from Spain. The whisky was bottled at 92 proof without chill filtration and added color.

Grab your bottle of this sherry-finished Canadian whisky today!

Spicy aromas lead the charge on the nose, followed by vanilla, chocolate, and tobacco. The palate is round and complex with chocolate, spice, date, fig, and berries. The finish is pleasantly warm and long.