Size750mL Proof95 (47.5% ABV)
This limited-edition hand-numbered expression is a blend of 3 rums that have spent between 11 and 14 years in ex-Bourbon as well as new American oak barrels before being bottled at 95 proof. 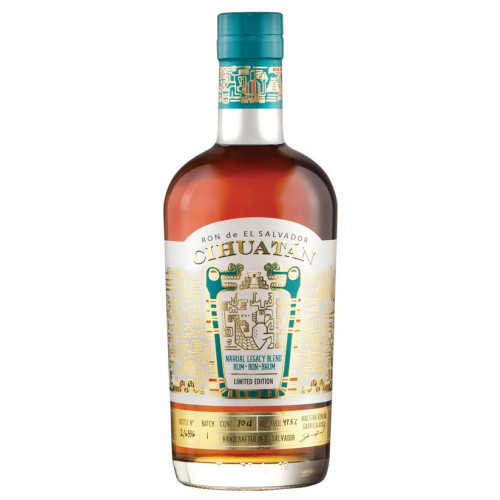 Each of their rums pays tribute to a different god or spirit. This expression honors the Nahual ― guardian spirits that watch over each person. The Nahual Legacy Blend is crafted with 3 rums that have spent between 11 and 14 years in ex-Bourbon as well as new American oak barrels. Released in limited numbers, this award-winning rum is bottled at 95 proof and features artwork by acclaimed Salvadorean artist Gabriel Granadino.

Vanilla, caramel, a touch of spice, and coconut greet the nose of this rum that has dulce de leche, bourbon coffee cherries, meringue, toasted oak, and cashew nut notes. The finish is long, nutty, and woody.