Size750mL Proof80 (40% ABV)
Eximo Rum stands out from Bacardi's premium Facundo lineup as the only expression that's blended before maturing for 10 years in ex-bourbon barrels. 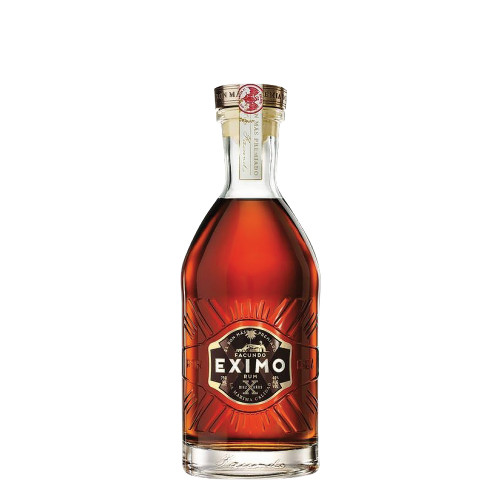 The premium Facundo line of rum has Bacardi reaching into the company's private rum reserve for its four sippers. The Facundo Eximo Rum stands out from the rest in that it has been blended before being aged for 10 years in ex-bourbon American oak barrels. This means that it contains rums that are a year or two older than the stated 10 years, while the complex profile is in many ways reminiscent of bourbon.

The oak is immediately apparent on the nose and is joined by vanilla, brown sugar, honey, toffee, and banana notes. The palate has nuts, pepper, cinnamon, vanilla, coffee, and chocolate. Finishes extra-long with lingering notes of dried fruit, oak, and cocoa.