Size750mL Proof80 (40% ABV)
This Salvadorean rum has spent 8 years in ex-bourbon barrels and has received a Double Gold Medal from The Fifty Best. 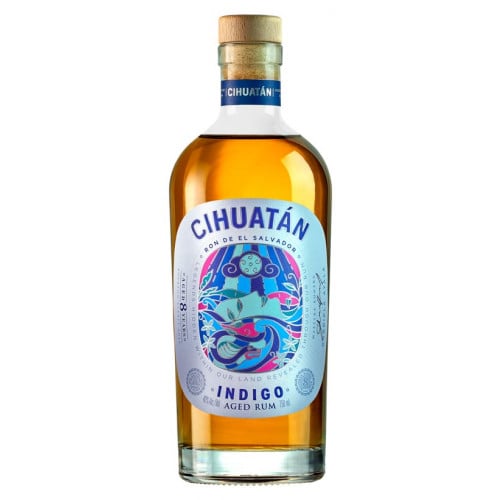 Each of their rums pays tribute to a different god or spirit. Cihuatán Indigo is their award-winning entry-level expression that draws its inspiration from Tlaloc, the Mayan god of rain. Traditionally, the god has been linked to the color blue and the indigo flower. The rum has spent 8 years in ex-bourbon American oak barrels before being bottled at 80 proof. It's a versatile spirit that is suited for enjoying neat, on the rocks, or in classic rum cocktails.