Size750mL Proof80 (40% ABV)
Inspired by the Mayan sun god, this 80-proof Salvadorean rum spends at least 12 years in ex-Bourbon American oak barrels and has won a Silver Medal at The Fifty Best.
Notify me when this product is back in stock. 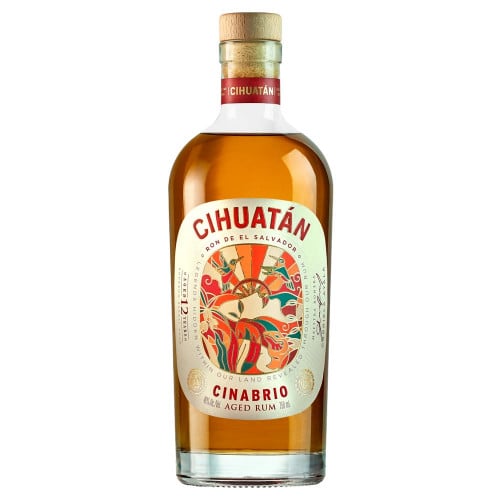 Each of their rums pays tribute to a different god or spirit, the Cinabrio celebrating the Mayan god of the sun Kinich Ahau, traditionally represented by the color red ― this was extracted from "cinabrio" or cinnabar. This rum has spent at least a dozen years in ex-Bourbon barrels. Bottled at 80 proof, it has rich fruity, nutty, orange, and sugar cane notes.

It's a rich rum with notes of plum, pistachio, burnt orange peel, sugar cane juice, and starfruit. The creamy palate leads to a smooth finish with a touch of sweetness and oak.