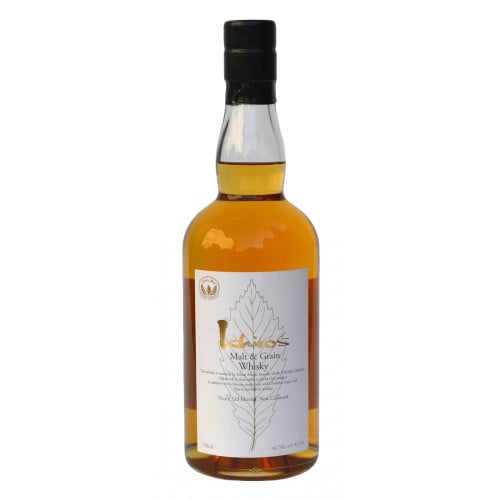 Fueled by a belief in the potential for Japanese single malts, Ichiro purchased the casks from his father. Also, Ichiro began studying distillation techniques at Benriach and Springbank Distillery, before returning to Japan and constructing a state-of-the-art distillery in Chichibu.

Ichiro's Malt & Grain is blended by the king of independent Japanese distillers: Ichiro Akuto. Ichiro’s blend is a worldwide blended whisky in every sense of the word, a marriage of whiskies from Ichiro’s very own young malt & grain whisky stock, and whiskies from eight other distilleries in Scotland, Canada, England, Ireland and the U.S., which founder Ichiro Akuto refers to as, "the big five."

These international whiskies mature for 3-5 years in their home country, and then for an additional 1-3 years in the cool climate of mountainous Japan, which gives this blend incredible character. This whisky is clean on the nose with notes of fruit, vanilla and oak.

Clean with notes of fruit on the nose. The palate has notes of apricot, peach, vanilla, citrus, malt, roasted nuts and pepper. The finish is full of oak, honey and fresh tropical fruits.