This product is available in: CA, NH, NJ, NY Unfortunately, we can't ship to PO Boxes and APO addresses.

This product is available in: CA, NH, NJ, NY Unfortunately, we can't ship to PO Boxes and APO addresses. 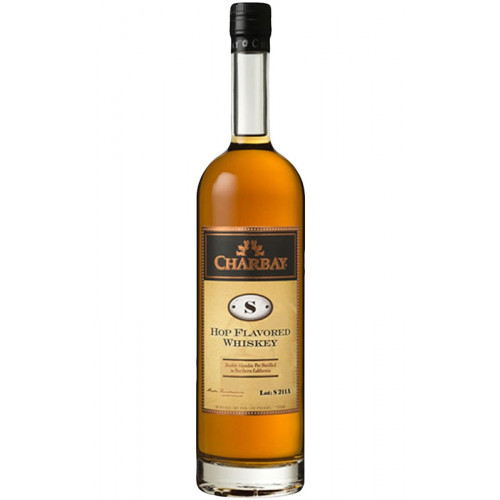 "Basically, we're an art endeavor expressed in alcohols and flavors," says Miles Karakasevic, Chabay Distillery's founder and master distiller. Thirty years ago, Karakasevic — a 12th generation Master Distiller — emigrated to California and became a pioneer in the American craft spirits movement by opening the doors to one of the first craft distilleries in the United States. Three decades later, Karakasevic continues to release some of the most unique and interesting spirits in the world.

Charbay S is distilled from bottle-ready Black Stout beer (8.1% ABV) made by the Bear Republic Brewery in California.  The beer, made from over five different types of malt and several different hop varieties, earned the Gold Medal at the 2009 Los Angeles International Beer Competition. Bold, roasty and with a hint of caramel, Black Stout beer translates into an exceptionally complex whiskey.  "I buy the biggest I can," Marko Karakasevic — Miles's son — says, referring to the beer he distills into whiskey.  "It comes with a driver and 18 wheels."

Working from his distillery in St. Helena, California, Marko distilled 6,000 gallons of Black Stout beer in a double copper alambic charentais pot 24 hours a day for 9 days straight, turning it into only 590 gallons of whiskey.  Afterward, the whiskey was aged in French oak casks for 22 months before being bottled by hand.

Get your hands on a bottle of Charbay S Hop-Flavored Whiskey!

Aroma of coffee, malt and fresh hops. Notes of caramel, vanilla, and semisweet chocolate along with a hint of bitter hops. Finish is long, sweet and complex.