Be the first to review this product
Charbay Doubled & Twisted is a lovely blend of 50%, 3-year-old Straight Malt Whiskey, 30% 7-year-old Stout Whiskey and 20% 3-year-old Pilsner Whiskey.
$49.99
Add to Wish List

“Doubled & Twisted” is an old distilling term for when “the best stuff” begins to run off the pipe from the Still.

The first generation of this Whiskey garnered Marko his title as Master Distiller in 2009. Marko Karakasevic double distilled the whiskeys that make up this blend in Charbay's Copper Alambic Charentais Pot Still.

The Stout Whiskey was distilled from bottle-ready Bear Republic Big Bear Black Stout. The Straight Malt Whiskey beer and Pilsner beer were both custom brewed to Marko’s specifi-cation to follow the flavor profile he envisioned.

The Single Malt and Pilsner Whiskeys were aged in new American Oak, Char 3. The Stout was aged in used French oak Chardonnay barrels.

“We had a wonderful time picking these barrels. Making a blend of 3 different styles of whiskey really stacked up the flavor profile. Drinking this at 90 proof is pretty dreamy...” - Marko Karakasevic. 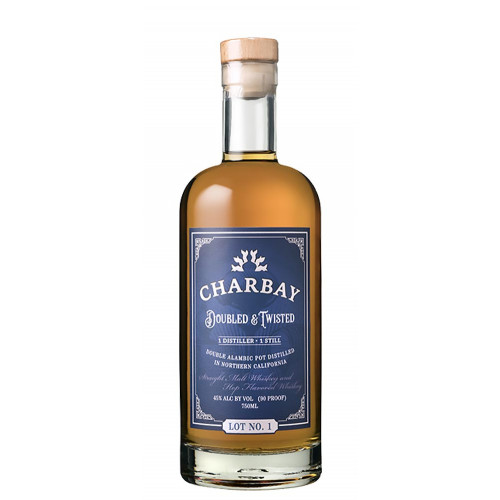