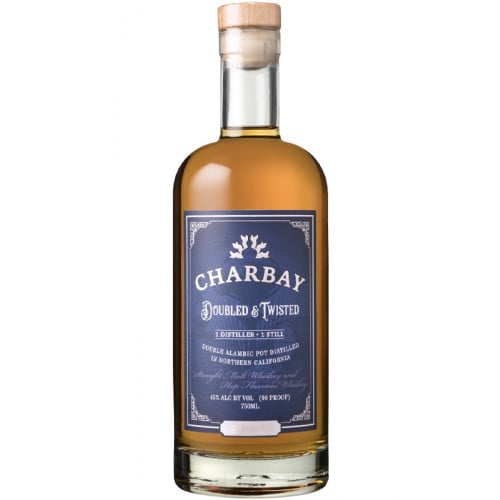 "Basically, we're an art endeavor expressed in alcohols and flavors," says Miles Karakasevic, Charbay Distillery's founder and master distiller. Thirty years ago, Karakasevic — a 12th generation Master Distiller — emigrated to California and became a pioneer in the American craft spirits movement by opening the doors to one of the first craft distilleries in the United States. Three decades later, the family continues to release some of the most unique and interesting spirits in the world.

Today, the distillery is led by Miles' son Marko, who had previously spent 26 years as his father's apprentice. In 2009 he was recognized as a Master Distiller, having officially "equaled or bettered the skill of his Teacher, his father." Not only does Charbay produce wine and distill plenty of spirits that include whiskey, vodka, brandy, and rum ― the father and son have even teamed up with partners in Mexico where they crafted their own tequila. This led to Miles Karakasevic becoming a Grand Master Distiller ― a title granted to distillers who have distilled all 4 of the major spirits: brandy, whiskey, rum, and tequila.

Marko is a longtime beer aficionado, brewing his first batches while still in high school. Charbay's range of whiskeys stems from this passion, each expression crafted using one or more finished beers. The Doubled & Twisted Lot No. 2 was named after an old distilling term used for "the best stuff" that flows from the still. Double-distilled using their copper alembic Charentais pot still, it's a blend of 4-year-old straight malt whiskey (50%), 8-year-old stout whiskey (30%), and 4-year-old pilsner whiskey (20%).

Aromas of nutmeg, clove, and cinnamon greet the nose. The palate is rich with malted barley, smoke, roasted coffee, and oak.