Size700mL Proof94 (47% ABV)
Teaninich is Diageo's giant workhorse distillery that produces unique Highland single malt whisky. Known for using a hammer mill and mash filter instead of a mash tun, it's rare to find an official bottling from the distillery. The expression has spent 13 years in its bourbon barrel before being bottled in 2022.
Notify me when this product is back in stock. 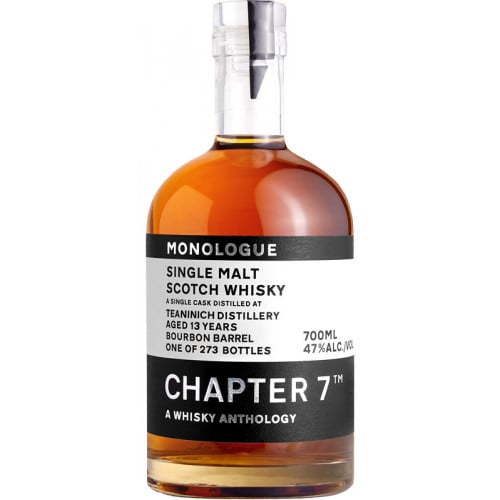 The 21st release in the Monologue series comes from Teaninich, Diageo's giant workhorse distillery that's known for using a hammer mill and mash filter instead of a mash tun. Distilled in 2008 and bottled in 2022, the Highland single malt has spent 13 years in bourbon barrel no. 715025 before being bottled at an unusually low cask strength of 94 proof without chill-filtration of coloring ― that dark color is all-natural!

Grab one of only 273 bottles of this Highland single malt today!