Caskers Rewards members earn up to 4 store points back when buying this bottle.
Size750mL Proof92 (46% ABV)
Notify me when this product is back in stock. 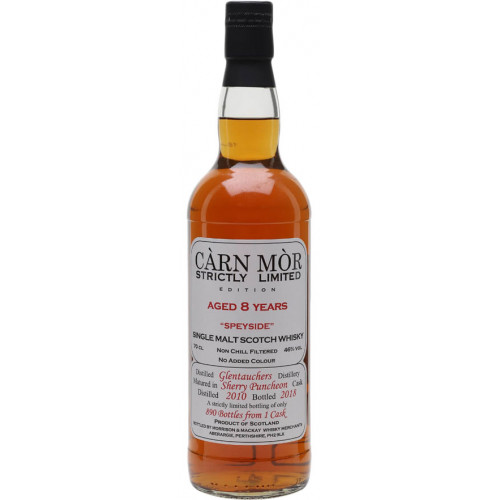 Produced in United Kingdom by Càrn Mòr and bottled at 92 (46% ABV) proof, this well-rounded Scotch is meant to be enjoyed by Spirits enthusiasts and novices alike.

Càrn Mòr 8 Year Old Speyside Single Malt Scotch Whisky doesn't have any reviews yet. Let's change that. Head out to the Review tab to leave your feedback.