Size750mL Proof80 (40% ABV)
Distilled from brown cane sugar, this rum earned the Bronze Medal at the 2012 American Distilling Institute Competition.
Notify me when this product is back in stock. 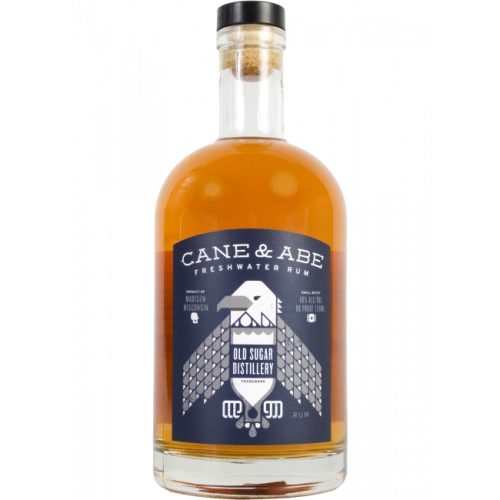 Five months after the first shots were fired at Fort Sumter in April 1861, marking the beginning of the American Civil War, 870 men from Wisconsin were mustered into federal service and joined the Union Army. Together, the men formed the 8th Regiment of the Wisconsin Volunteer Infantry. Before the war was over, the Wisconsin 8th would fight in over 30 battles and suffer more than 275 casualties. Their mascot, which accompanied the regiment into battle, was a bald eagle named Old Abe, who was later adopted as the mascot of the U.S. Army's 101st Airborne Division.

After the brown sugar cane is mixed together with water and yeast, the mash is fermented at room temperature for approximately two weeks before Greenawalt distills it in his 220-gallon copper-pot still. "It's a new still made by Col. Wilson down in the Ozark Mountains," says Greenawalt. "All he does is make stills."

After distillation, the rum is aged in charred oak barrels ranging in size from 5 to 30 gallons. New and used barrels are used in order to ensure that the rum achieves its characteristic smooth, robust flavor. After aging the rum for just under a year, each bottle is filled and labeled by hand, before being signed by Greenawalt himself.

"Most rums are sweetened, especially golden or dark rums. Most rums will add either caramel or molasses to enhance the color and make it sweeter,"explains Greenawalt, whose rum is unsweetened after distillation. The brown sugar cane he uses to distill Cane & Abe Small-Barrel Rum creates a naturally sweet flavor profile that doesn't require artificial additives or ingredients.

Pay tribute to the Wisconsin 8th with this award-winning rum today!

Aroma of brown sugar. Maple syrup, brown sugar and earth are the predominant flavors in this smooth, robust rum.