Learn more
Size375mL Proof114 (57% ABV) *Please note that the ABV of this bottle may vary
Buffalo Trace Distillery in Kentucky recreated the White Dog Wheated Mash like it was enjoyed by distilling pioneer William Larue Weller over a century ago. Un-aged, it's bottled directly at barrel fill of 114 proof.
Notify me when this product is back in stock. 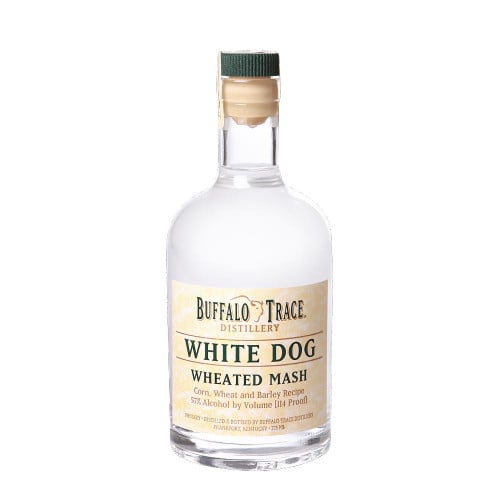 Inspired by William Larue Weller who revolutionized bourbon by replacing rye with a wheat-forward mash bill. Before certain W. L. Wellers and Pappy Van Winkle's were put to rest in barrels and aged, the clear, un-aged spirit was drank straight off the still. Inspired by this raw distillate, Buffalo Trace White Dog Wheated Mash is made from corn, barley and wheat in place of rye and bottled directly at barrel fill of 114 proof. The bourbon starts off smooth with aromas of wheat bread and subtle spiciness. A spirit like it was enjoyed by William Larue Weller and Americans over a century ago.

The nose offers wheat bread and subtle spiciness. The palate is smooth with flavors of corn and wheat. The finish is long.